This Nigerian Is Helping Youth In Africa Find Opportunities Through STEM

Eight years ago, Nigerian Amanda Obidike was unemployed and demotivated, but after using STEM skills to create a career for herself, she’snow works to give those same opportunities to young people across Africa.

She says that after growing up in Lagos, Nigeria and completing her undergraduate studies, she saw that the meaningful jobs available in West Africa required technical and scientific skills that she just didn’t have.

“My country began to transfer major resources to expatriates due to a lack of competent and domestic STEM workforce,” she said, “Seeing this economic disparity, I enrolled into a technical mentorship program and made the leap from Administration to Data Science where I was offered an opportunity to build my capability, work in collaboration with a mentor, network and access the labor market in confidence.”

“I was excited when I began to explore several STEM opportunities that young Africans like me can embrace.” Amanda Obidike, STEMi Makers Africa

By 2017, Obidike had turned her experiences into an opportunity to help mentor others and she is now Director of STEMi Makers Africa.

She said the mission of STEMi Makers Africa is to boost employment, innovation, inclusion and empower a talent base of over 5,000,000 young Africans with STEM emerging tools, real-world problem-solving skills they need to excel in STEM pathways and become more experienced for Africa’s workforce by 2030.

According to Obidike, globally, the number of jobs in STEM fields increased 36% from 10.2 million in 2008 to 26.5 million jobs in 2014, yet there are over 30.6 million underskilled Africans who can not embrace STEM opportunities in the continent.

“Having the youngest youth population in the world of 80 million aged between 15 and 24, increasing youth unemployment poses a significant threat to sustained economic growth, the growing political and socio-economic stability of the continent,” she said.

This is especially true, she says, in Nigeria, where the true unemployment figure for Nigeria sits closer to 60%.

To provide more opportunities, Obidike runs a number of projects.

“I have had a diverse number of community projects across 17 Global South countries in Africa, she said, ”In 2017, I launched the “I-be-Lady-o” Workshop program – an expression of STEMi Women – to raise young girls and women participation in STEM, learning outcomes and retention in STEM careers.”

She said this led to creating a safe space where women communicate their ideas, collaborate in small clusters and iterate solutions with the Design thinking process.

“They dig deep and brainstorm project ideas to determine how they can use technology to solve business needs or make a positive impact in their local communities,” she said.

“The program gives them a powerful incentive to put themselves out there, totally unapologetic and proud.” Amanda Obidike, STEMi Makers Africa

According to Obidike, this helps correct negative perceptions that females develop in STEM fields and motivates them to explore typically male-dominated fields.

One example is where women in Yomboma community of Sierra Leone built data-logging IoT weather stations to utilize the data collected from their IoT climate system and monitor crops, soil quality and control pest in farm produce.

“Today, we have built a coaching community of over 500 women by providing support in STEM lucrative fields and becoming strong-willed to expand their social enterprise,” Obidike said.

Obidike says one of the organisation’s biggest achievements was emerging as finalist for the Role Model Category Booking.com Techmakers Award, London, 2020 and they were also recently awarded by the USA Consulate General, Lagos for Integrating STEM development to Educators in 3 Under-served Communities.

Obidike isn’t the only young African woman who is helping others to find their way in a STEM career.

Nathasia Muwanigwa, a scientist originally from Zimbabwe is now helping scientists, engineers and mathematicians from across African continent to give them visibility and inspire future generations.

Once aiming for a life of helping people through health care, American-born Ghanaian is now helping farmers in Ghana to reap the rewards of being part of a modern, technological economy. 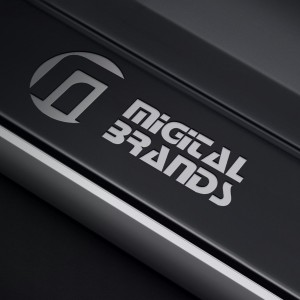